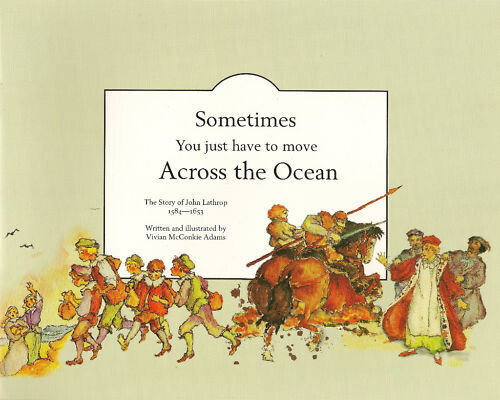 Sometimes You Just Have to Move Across the Ocean : The Story of John Lathrop 1584-1653

A charmingly written and illustrated book for children which tells the story of Reverend John Lathrop / Lothrop, one of the original founders of the town of Barnstable, Massachusetts. Lathrop, who had been jailed in England for his religious beliefs, journeyed across the ocean with his followers to settle in the new world. They originally landed in Scituate but soon afterward settled on Cape Cod. Many famous and not-so-famous Americans are descended from Reverend John.

Get your tickets for our Wine Cheese and Chocolate Event!