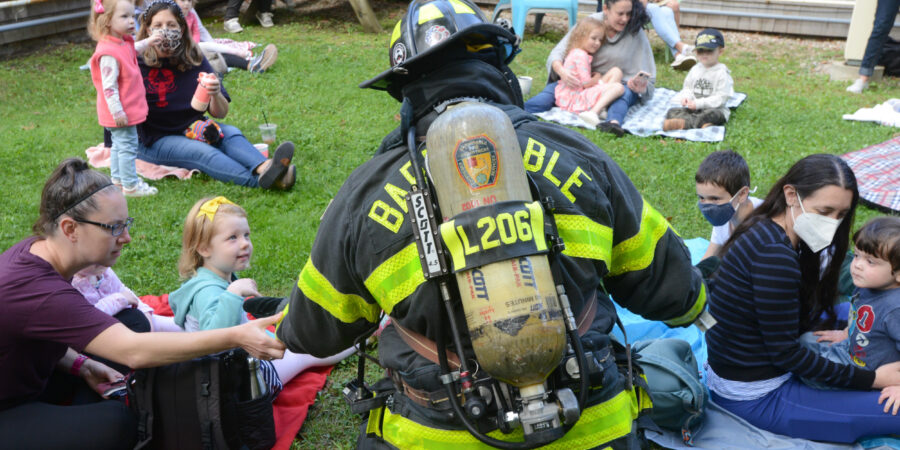 Faced with the challenges of COVID-19, members of our community looked to Sturgis Library more than ever in 2021 and, as you will read in the following pages, Sturgis emphatically “delivered”.

A key contributor was our staff’s ability to offer both traditional, on-site services as well as alternative formats such as curbside pick-up, electronic delivery and Zoom. Interest in these non-traditional services – particularly eBooks and eAudio – helped increase Sturgis’ “total circulations of materials” by over 9% compared to the previous year, even as the number of physical visits to the Library declined due to concerns about the pandemic.

Throughout the year, users of the Library also benefited from the unwavering support of the Town, our volunteers, and our individual and corporate donors. Whether you directed traffic at the Hydrangea Festival, contributed plants to the plant sale, bought a paddleboard raffle ticket, or donated to our Annual Fund, your engagement with Sturgis Library provided the resources we relied on to serve the community in the way that we did.  For that, we offer our sincere gratitude.

John Littlefield
President, Board of Trustees

Sturgis Library is an independent nonprofit public library and research archive, not a Town department.  We receive less than half of our funding from the Town of Barnstable, and must raise the rest of our funds through donations, grants, event proceeds, bookshop sales, and other non-municipal sources.

Our donors give to the library in many ways:

If you are interested in supporting Sturgis Library, please click here or contact Library Director Lucy Loomis for more information.  You can reach her at 508-362-8448 or via email at director@sturgislibrary.org.

FY2021 has been another challenging but rewarding year at Sturgis Library.  We are extremely grateful to our dedicated staff for their hard work in the face of adversity, and to our Board members for their commitment to the Library.  Our patrons and visitors were patient with the many changes that took place during the year, and adapted willingly as we took two steps forward and one step back many times over.

In addition to the Annual Fund donors listed in the next section of our annual report, Sturgis Library has received support from individuals, businesses, organizations, grantors, and others for a variety of needs throughout FY2021. With the help of these special donors we were able to purchase materials to support the Barnstable Public Schools’ Summer Reading Program,  to sponsor engaging programs, fund discount museum passes, and more.  We also received proceeds from the sale of donated vehicles, and honored family members and loved ones through memorial and honorary donations.  In addition, we have a Corporate Donor program in which businesses pledge to support the Library for three years or more and receive recognition on our corporate donor wall.  We also are grateful for employer matching grant funds from a number of our generous donors.

If we inadvertently left you off the list of special donors or spelled your name incorrectly, please accept our apologies, and contact us at director@sturgislibrary.org so that we can correct our records. We thank all of our donors and supporters for their generous gifts to Sturgis Library.

Donors to the FY2021 Annual Fund

The individuals, businesses, and organizations listed below contributed to the Sturgis Library Annual Fund in FY2021, which ran from July 1, 2020 through June 30th, 2021.  Annual fund donations are unrestricted funds which go towards our operating expenses each year.

If we inadvertently left you off the list of Annual Fund donors or spelled your name incorrectly, please accept our apologies, and contact us at director@sturgislibrary.org so that we can correct our records. We thank all of our donors and supporters for their generous gifts to Sturgis Library.

Shop in our online Gift Shop!