Abner Hinckley described as "yeoman"; Ausmon Bursley described as "mariner"; transaction is for two pieces of marsh, which respectively produce two-and-a-half tons and two tons of hay annually; Hannah Hinckley relinquishes right of dower; no witnesses other than Justice of the Peace recorded; deed re-recorded on November 10, 1828. 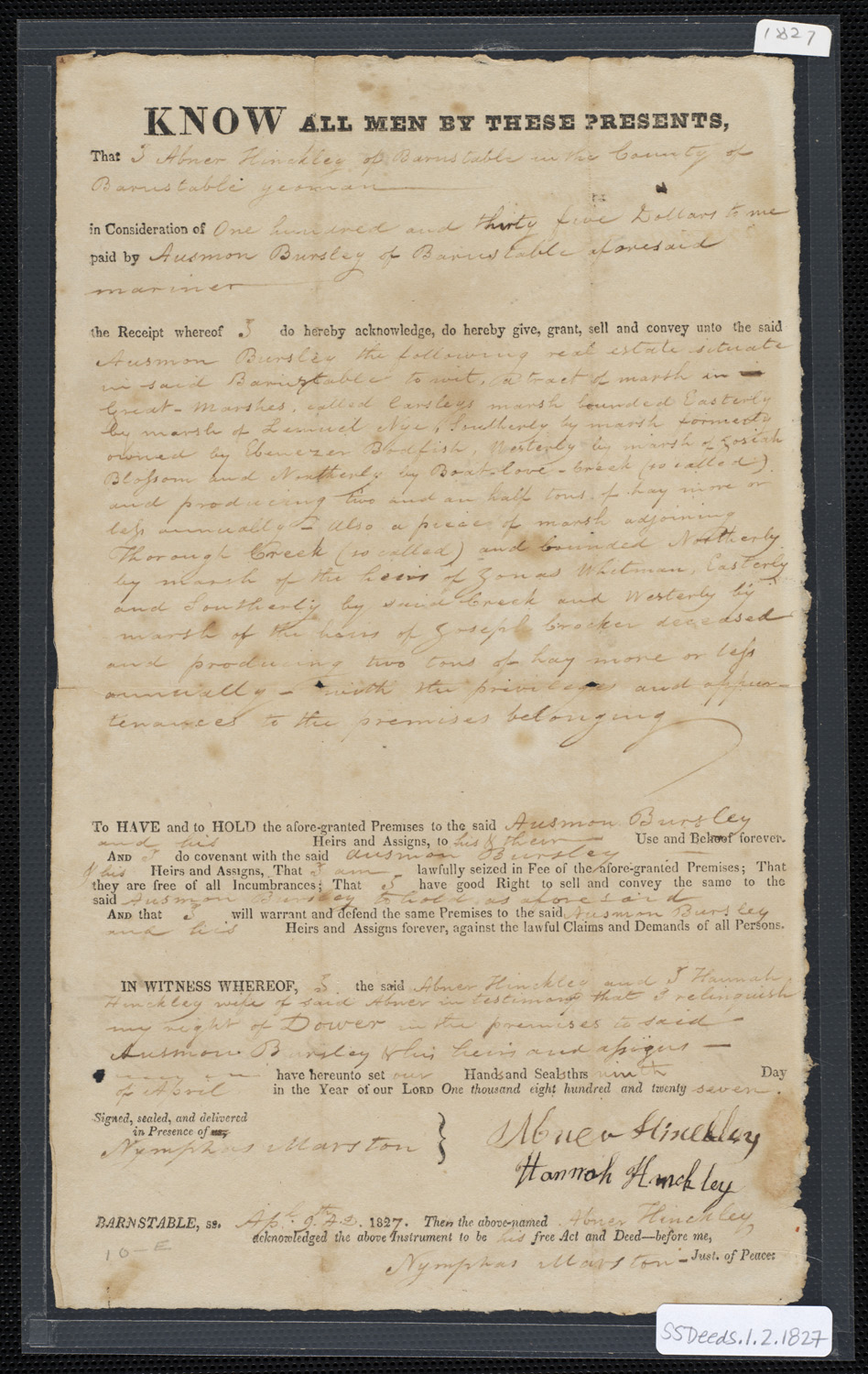 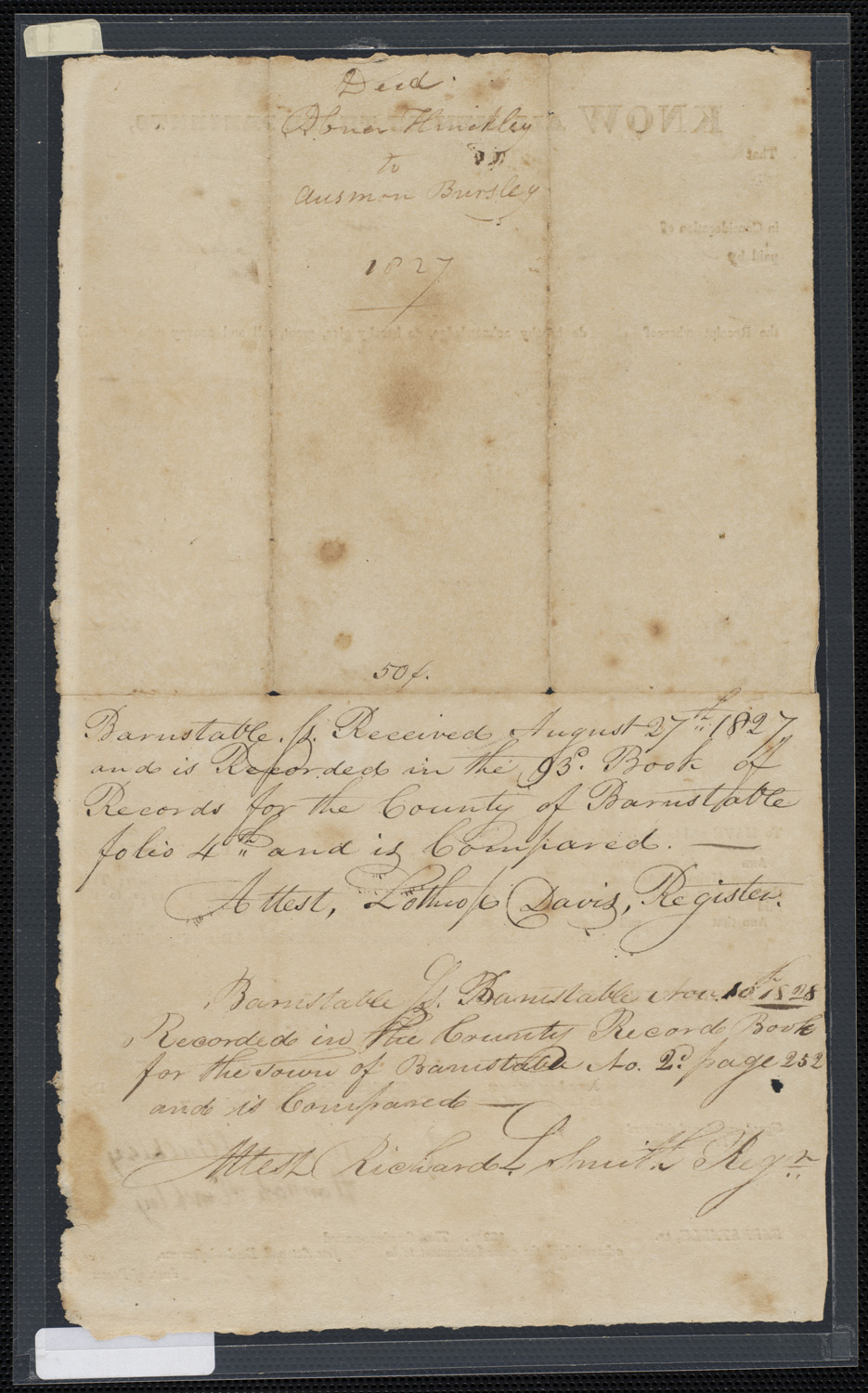