Justice of the PeaceMerrill, James C.

Anna Merona described as "Widow"; Daniel Comings described as "Yeoman"; Anna Merona is the heir to the estate of Solomon Pepper; deed is for a share, one-fifth, of nine acres in Brewster and for the same share of half a pew in Orleans; property has a western boundary of 126 poles, a southern boundary of 23 poles and an eastern boundary of 125 poles (no measurement of northern boundary given); pew is "one half in common and undivided with the Heirs of Joshua Gould, and bounded by the broad Aisle on the East, by the side Aisle on the South. by the Pew of Henry Knowles (surname partially missing, but appears in other deeds) and others on the West. And the men's seats on the North"; deed signed in Suffolk county. 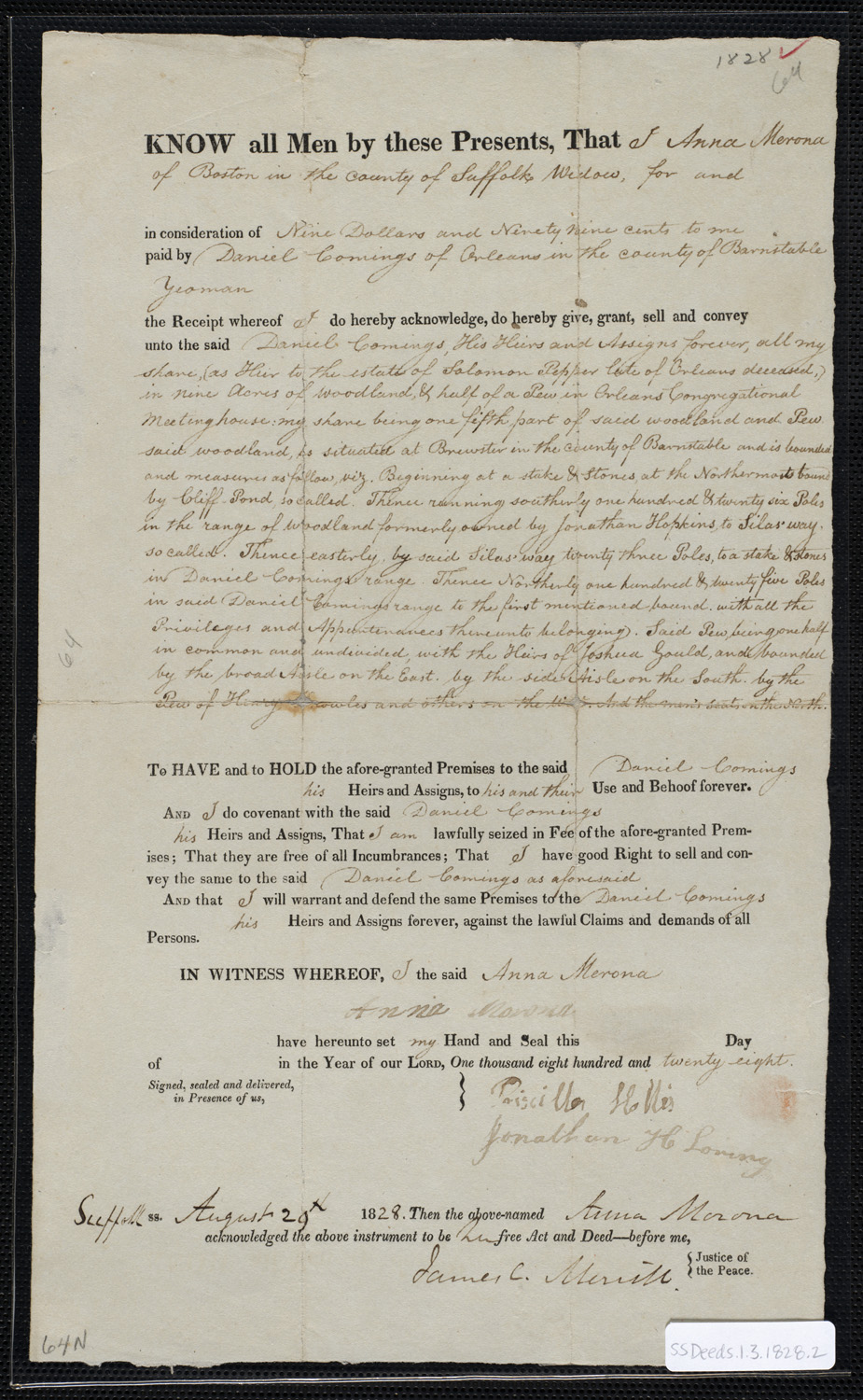 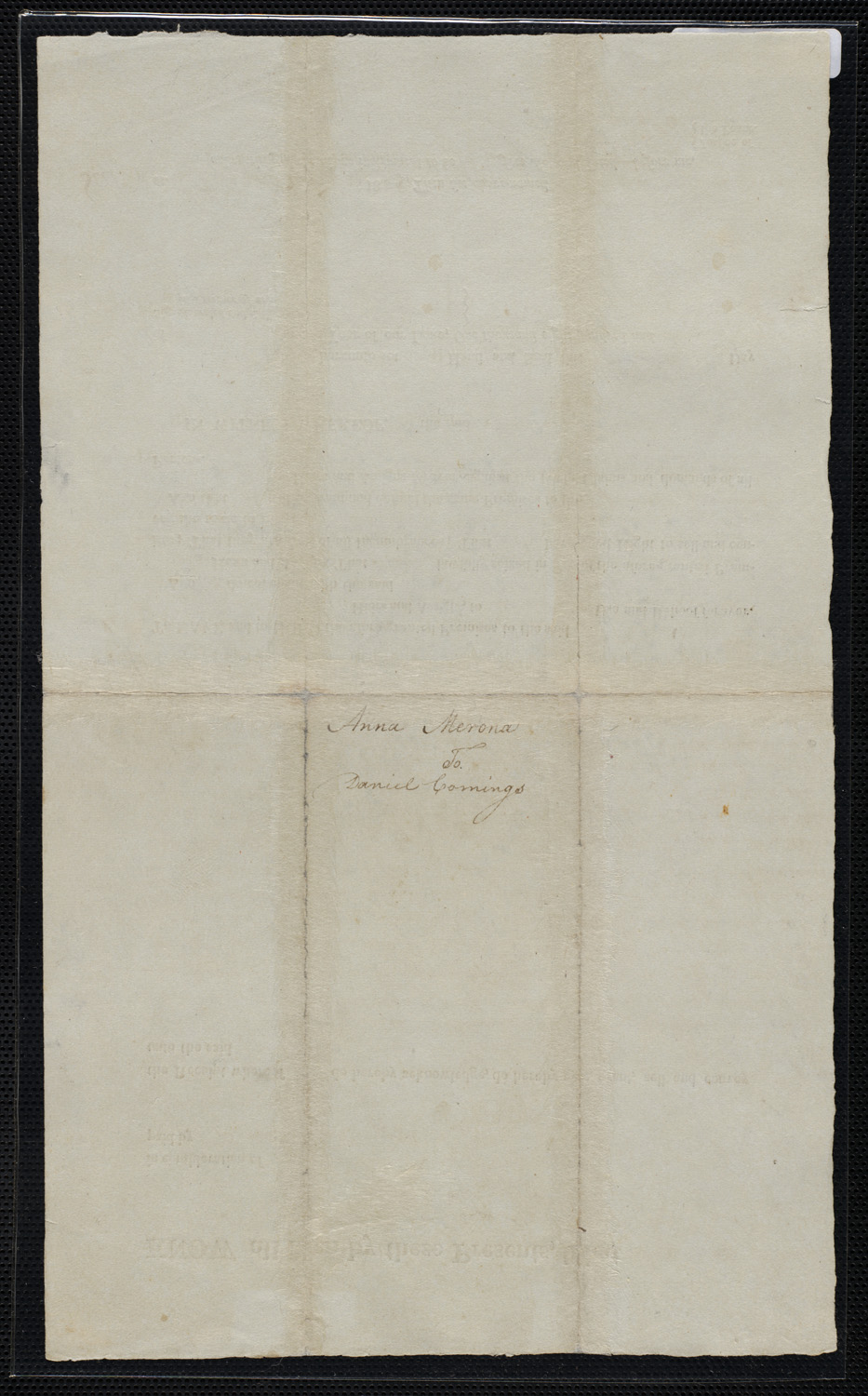