Justice of the PeaceDoane, Joseph

This document outlines the details of the division of land formerly owned by Ebenezer Snow, "yeoman," and now divided amongst his sons (all "yeoman,") and his widow Hope Snow who received her dower's third. It is dated "1737/38" and is a very complex division of land in Eastham and Harwich. 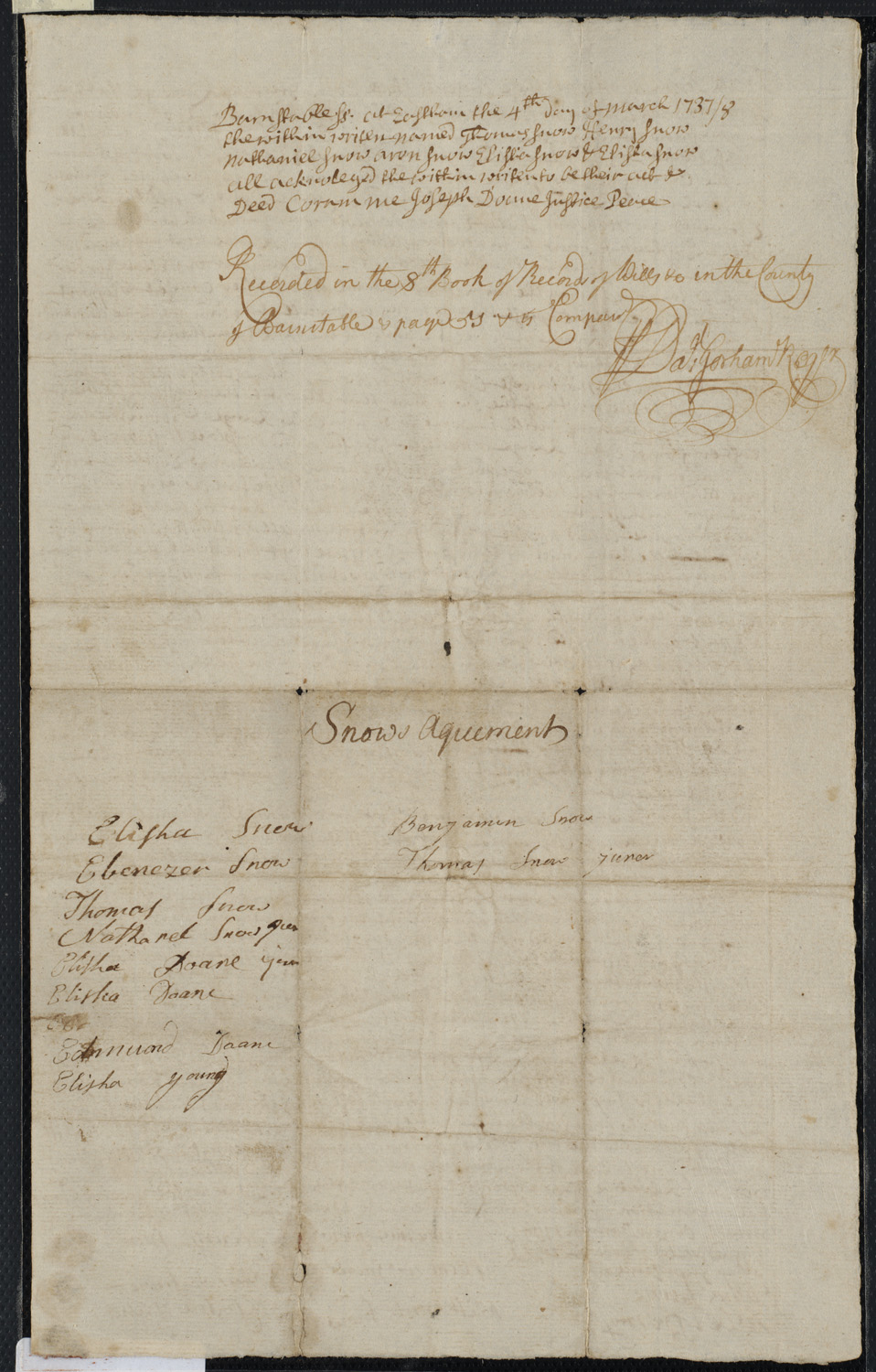