Justice of the PeaceBrooks, Eben

William Small is described as "houseright," and James and Eli Small as "yeoman." Though they live in Harwich, the land is in Orleans. The deed states that it is understood that the land is "to be owned and held in equal halves" by both buyers. The seller reserves one half ton of hay to be cut by the buyers, cured, and carted whenever I shall direct them, for five years successively and no longer. Eben Bacon was the first registrar, and John Kenrick the second. 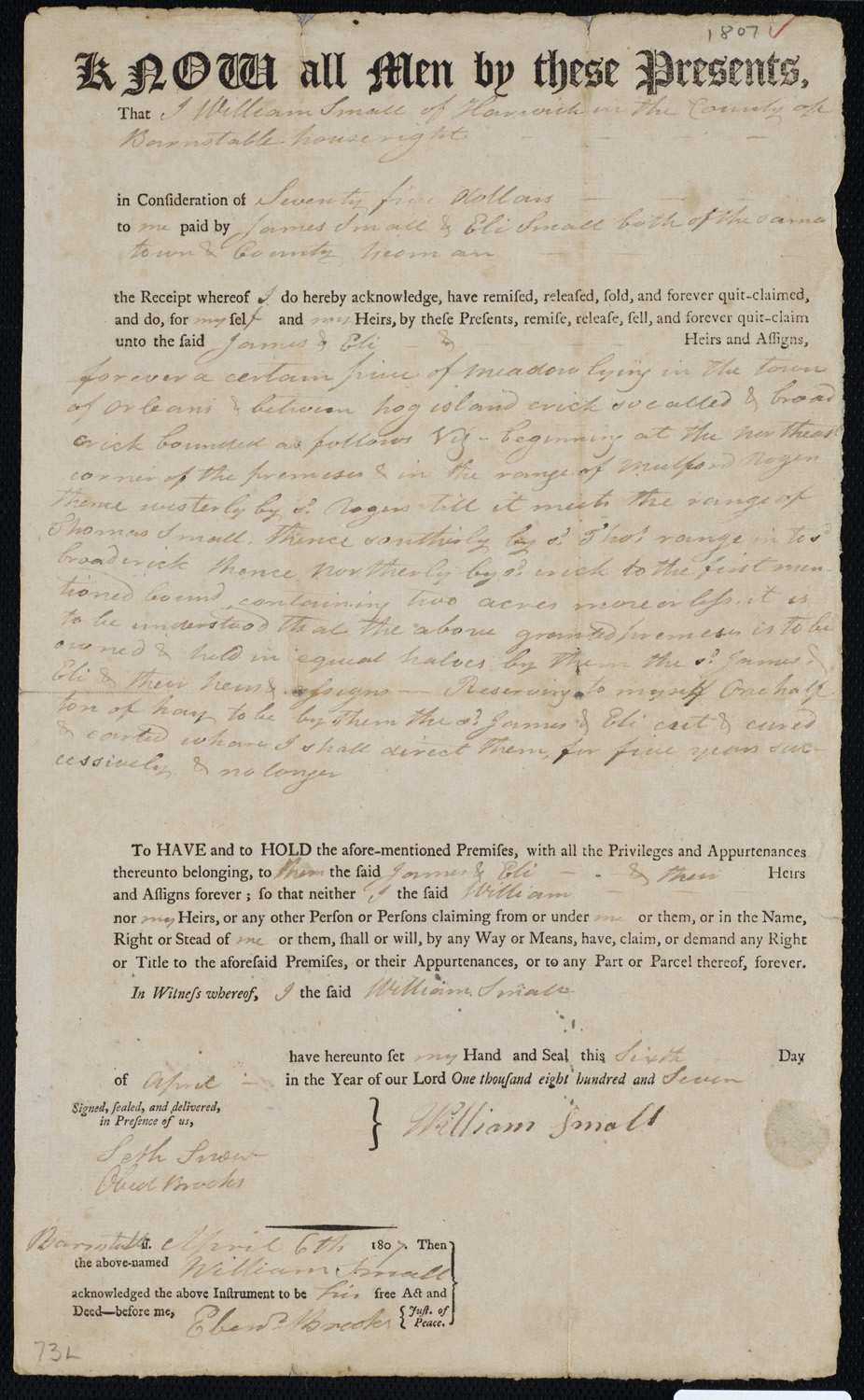