Justice of the PeaceBascom, Timothy

Oliver Arey was described as" yeoman." The deed states that Orleans is in Barnstable County, Massachusetts Bay, in New England. The land adjoins that of Lot Higgins, near his dwelling house, and one bound runs into the river before turning west. Arey reserves a cartway by gates or bars. The names of the witnesses are very difficult to read, as well as Arey's wife's first name. Need to be confirmed. 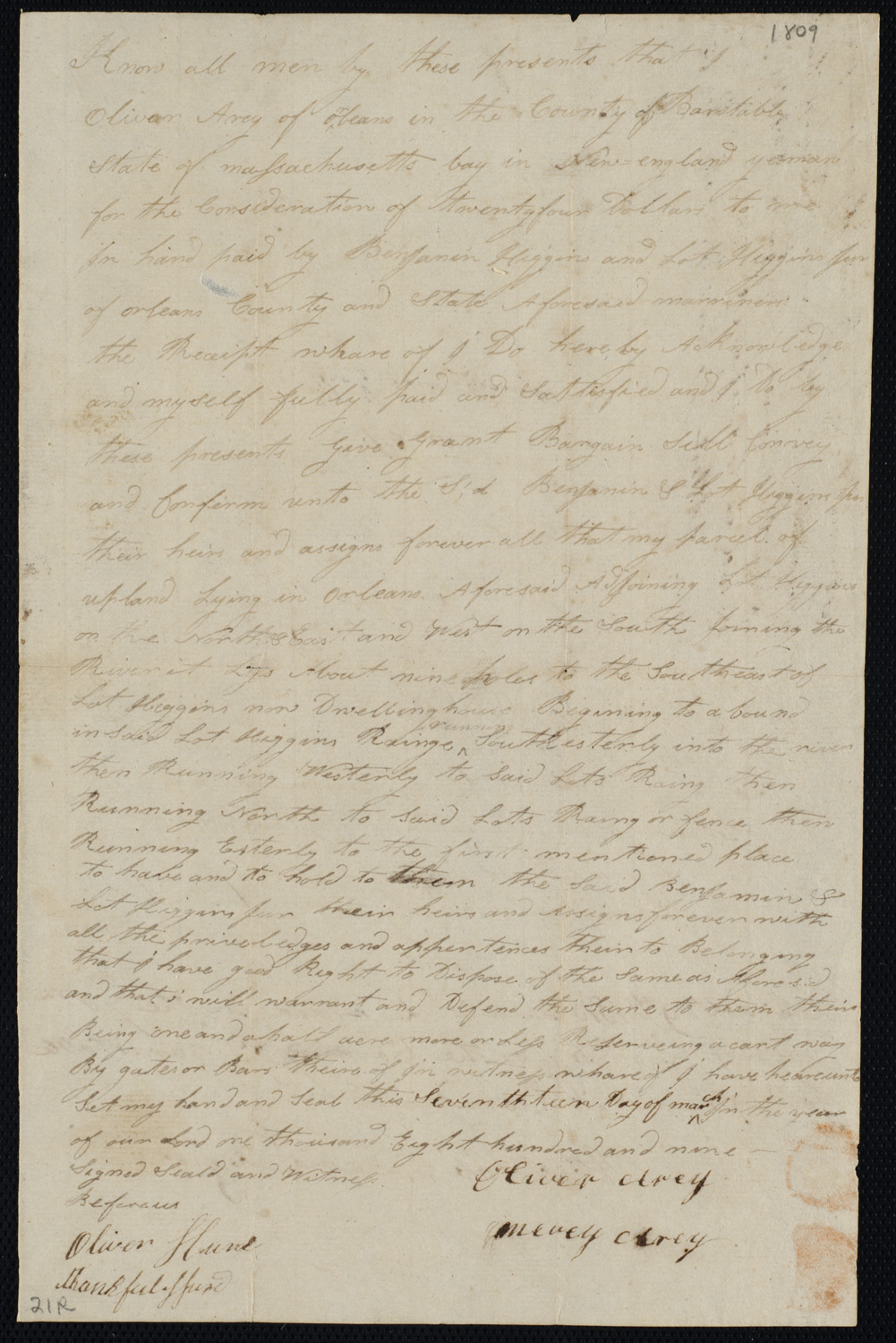 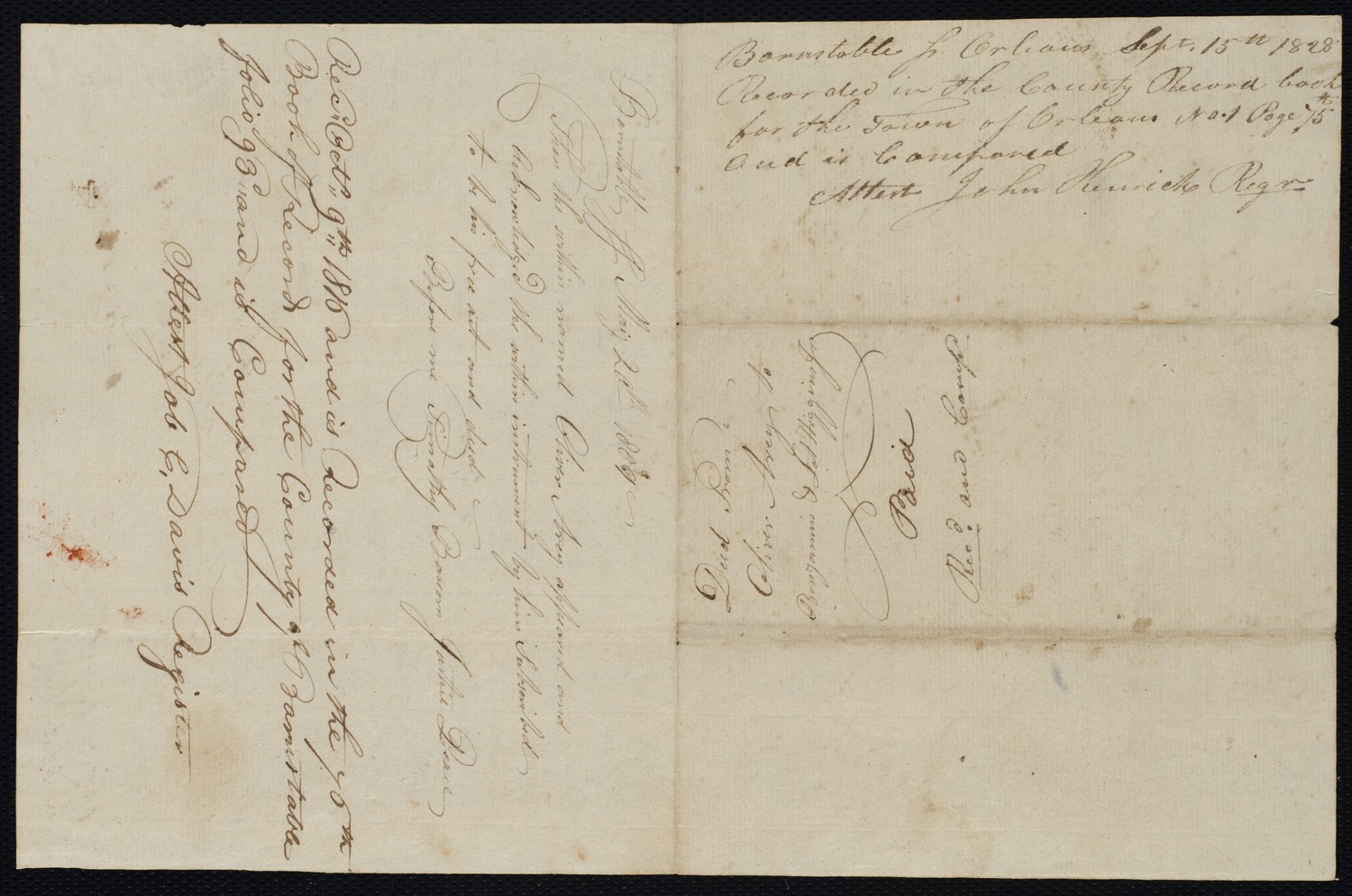