Justice of the PeaceDillingham, John

originally in Harwich 4.7 box. Eben Brooks was the assigned administrator of the estate of Barzillai Dickinson, appointed by the Supreme Judicial Court. He sold the land in payment of Dickinson's debts. It was a meadow that he held in a deed from Josiah Rogers of Orleans. For bounds and particulars, see that deed for descriptions of the premises. The public auction was held at Dickinson's dwelling house. 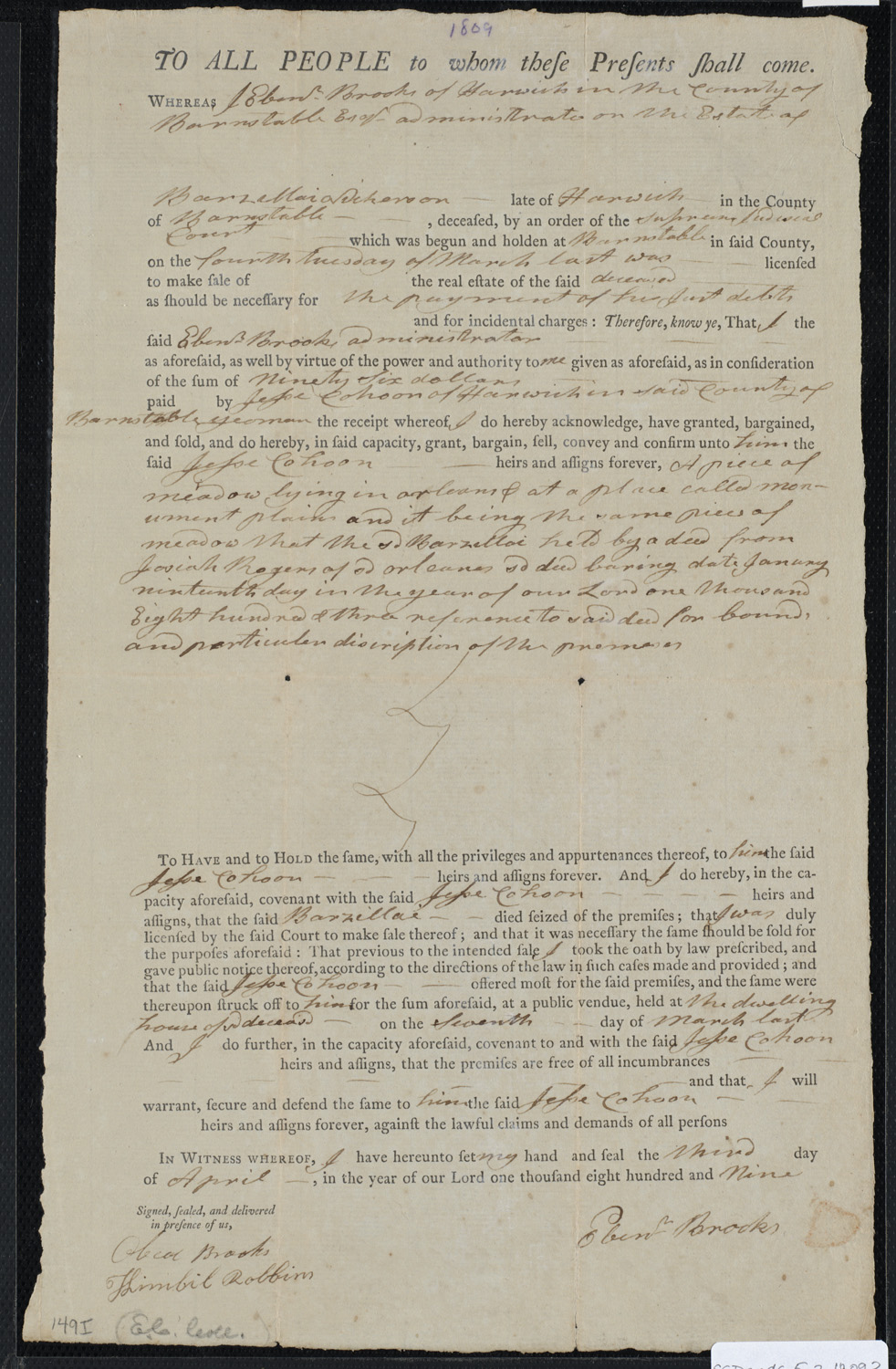 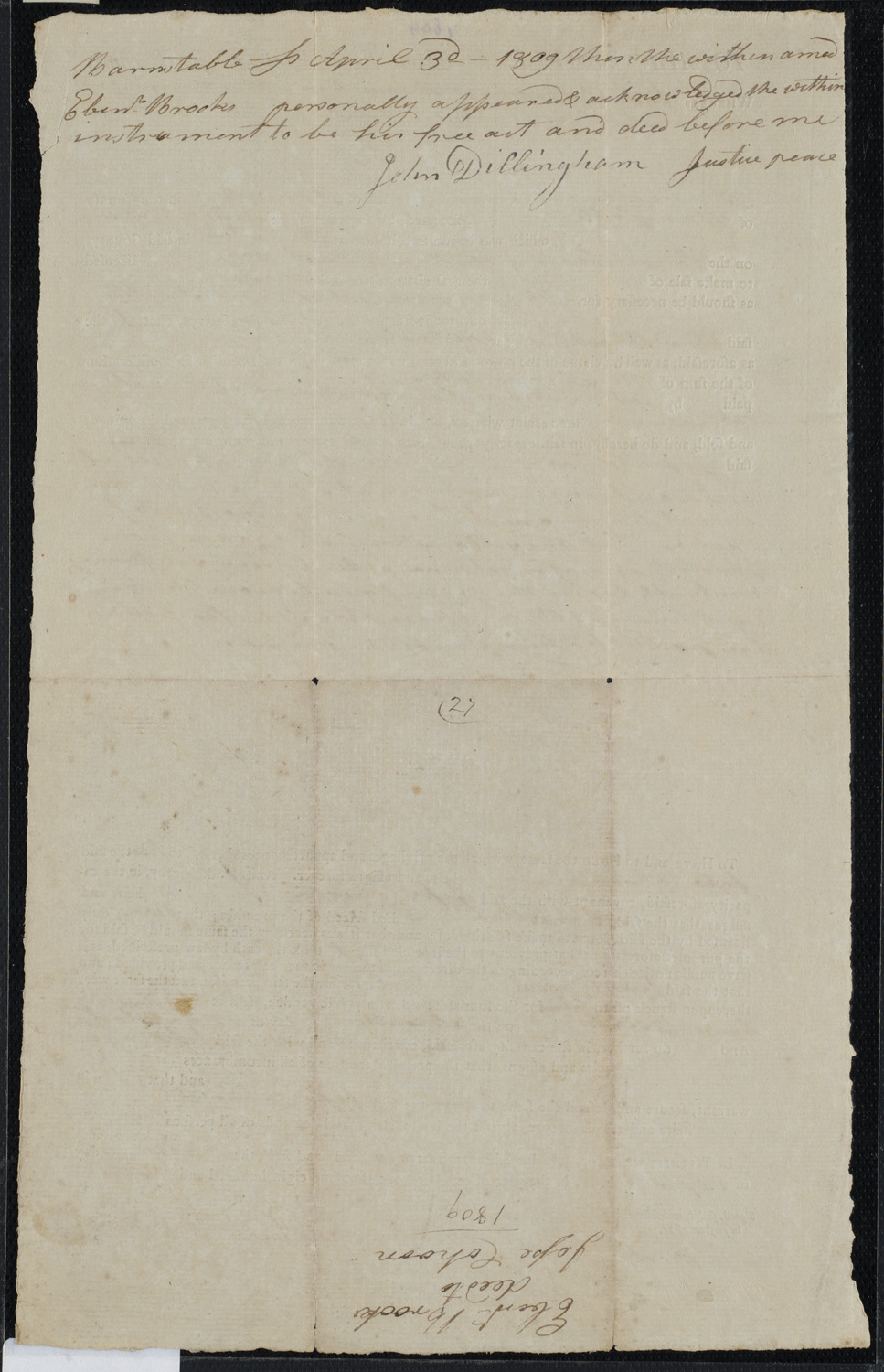