Abiel Crosby was a mariner, and Timothy Doane was a yeoman. Crosby sold three tracts of land, by the power of attorney granted him by Joshua Crosby. The first, "sheep paster," was a pine hill field. The second he sold was 1/4 of the field of 12 acres. The third was called John Sparrow field, and was 1/4 of 3/4 of said field. Abutters included Asa Cole, heirs of Joshua Crosby, Joshua Sparrow, Joshua Cole, Reuben R?, Josiah Sparrow, and Sally Crosby, wife of Joshua Crosby. His wife, Susannah also signed the deed, but her signature is not visible. A seal was placed next to Abiel's name, and a second seal below that, which appears to have been next to her signature or mark. 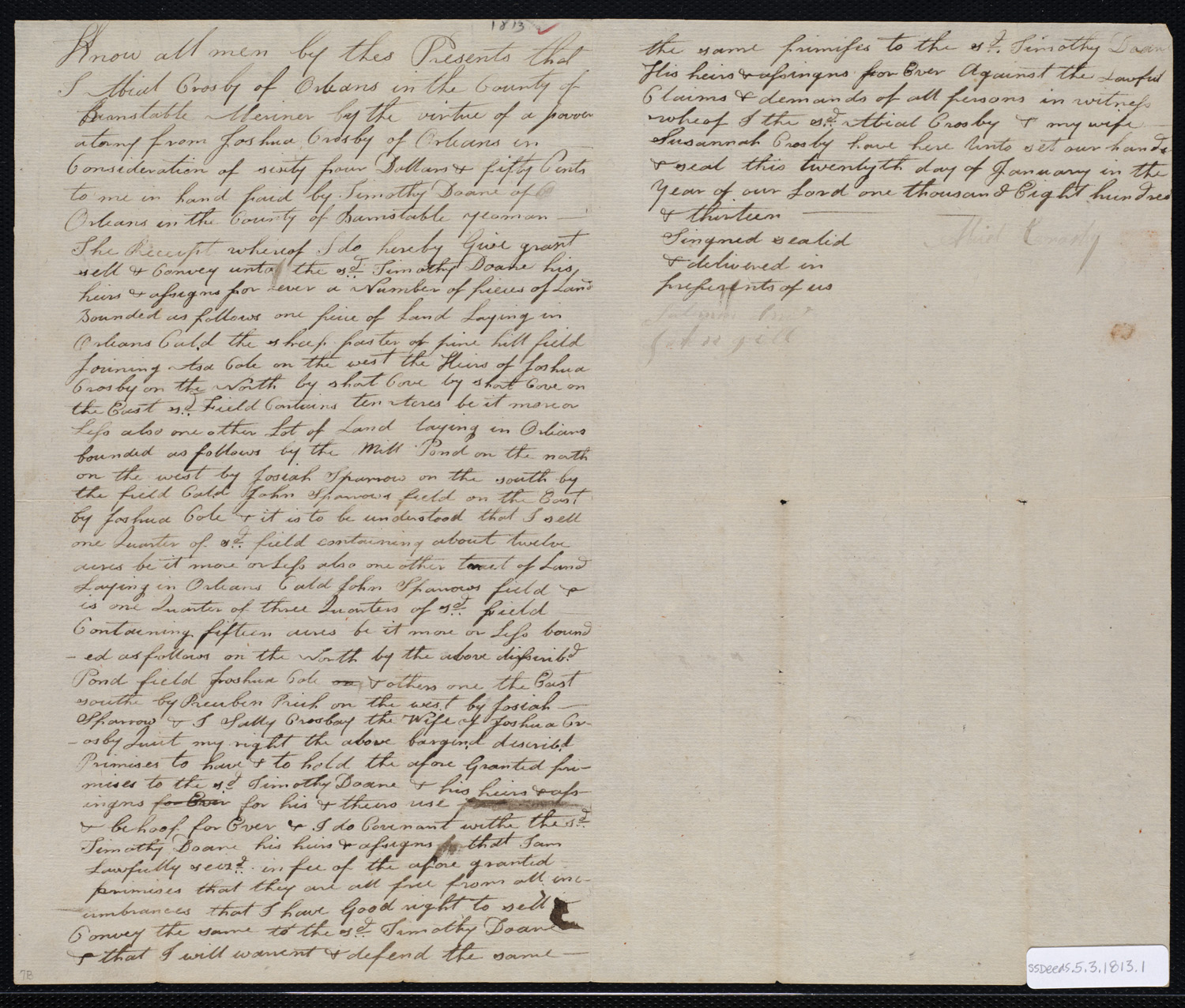 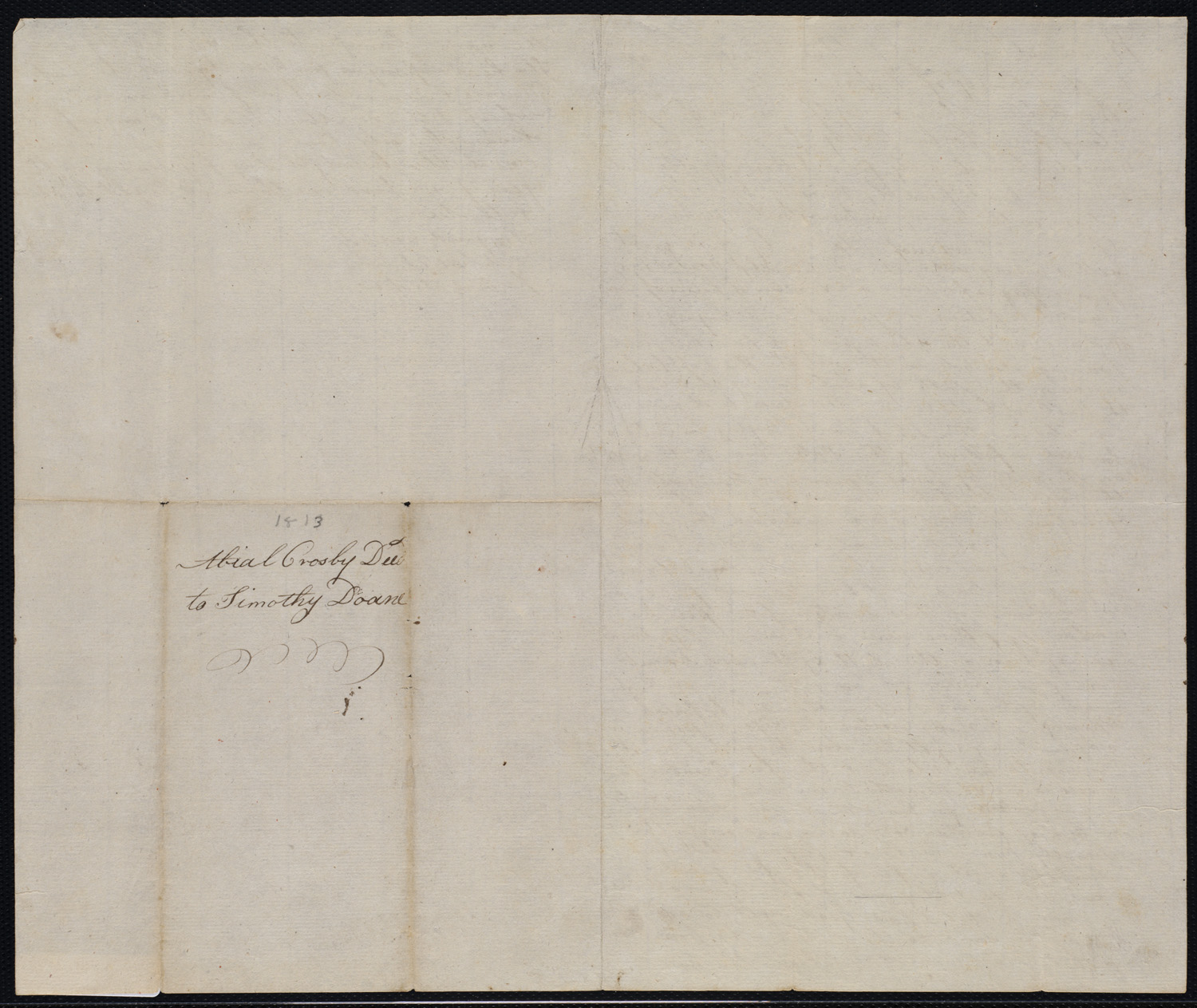