Justice of the PeaceCrosby, Elisha

Abial Crosby was a mariner, and Lewis Doane was a yeoman. One tract of land sold was called Daniel's field, and was abutted by land owned by the heirs of Joshua Crosby,Joshua Cole, Barnabus Twining. A second lot was sold, described as "not far from Abial Cole's house." Deed was also signed by Crosby's wife, Susanah, who signed her name as Sally. 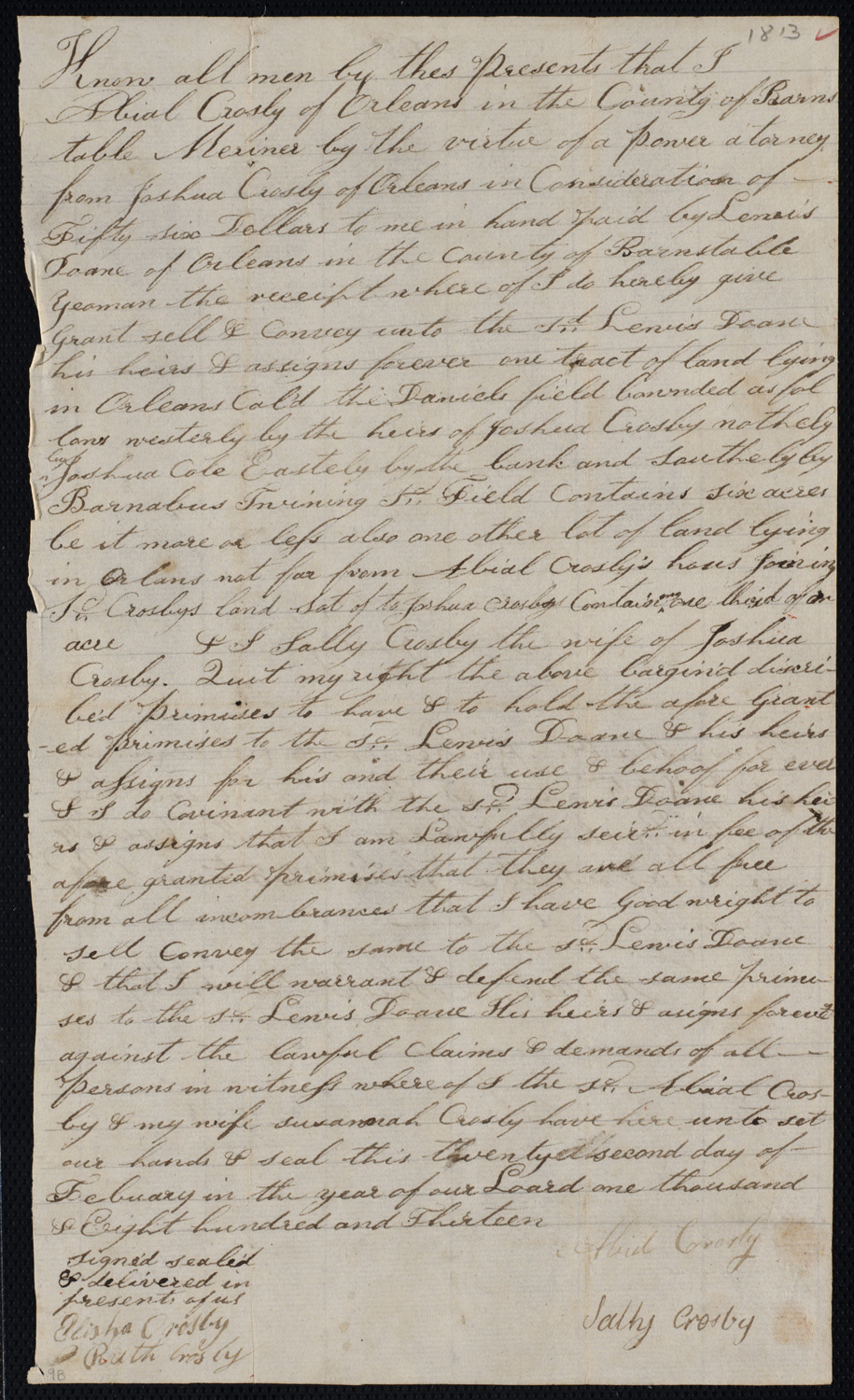 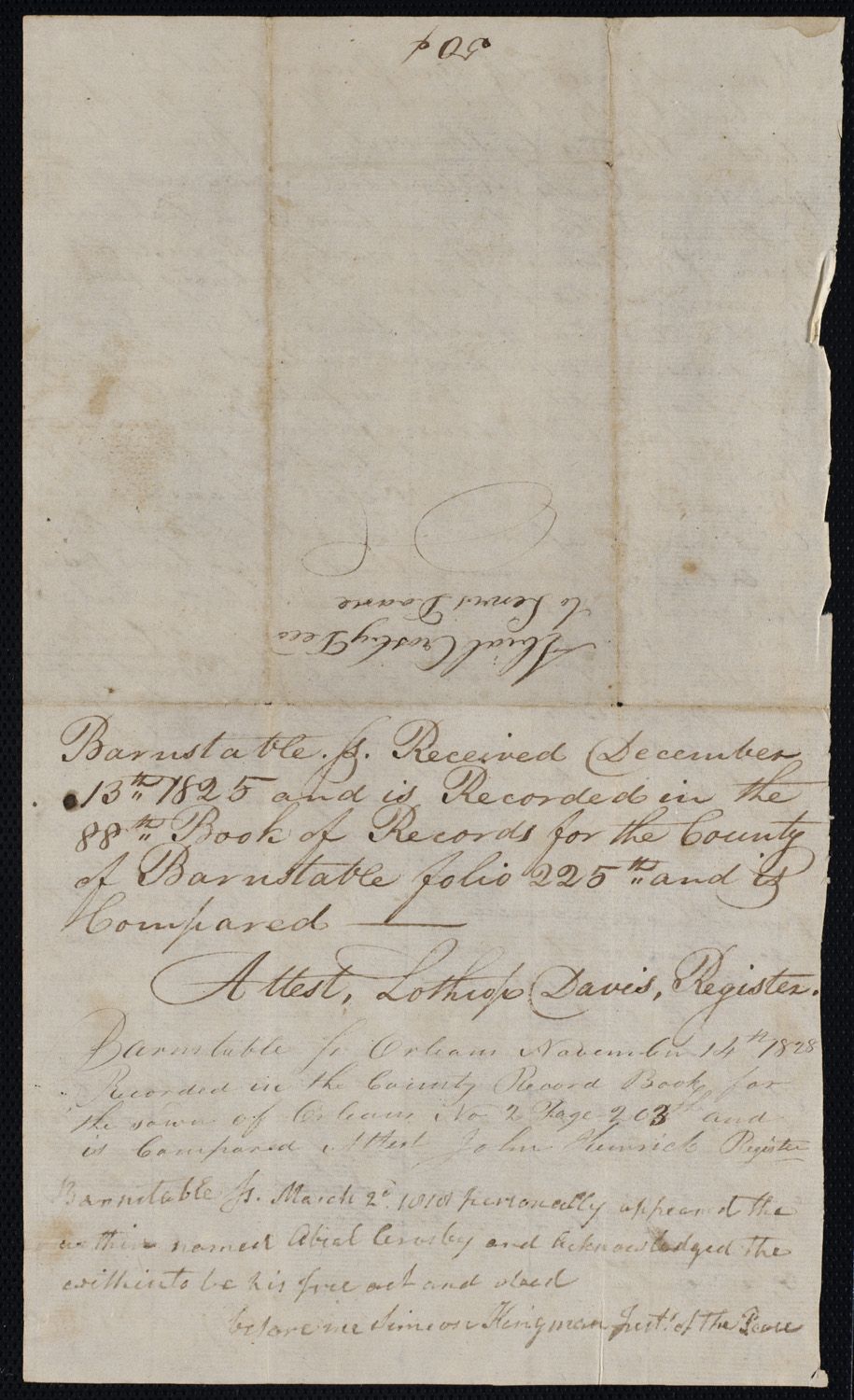