The sellers were a committee of said Towns, authorized and empowered by the Legislature of the Commonwealth of Massachusetts to sell lands on behalf of the towns, not before disposed of, belonging to the Potanumacut tribes of Indians, either in private sale or public auction. And to give good and sufficient deeds to the purchaser(s), according to law. The Legislative resolve was passed on January 27, 1819. Sellers Freeman and Winslow were from Brewster, Kingman and Myrick were from Orleans, and Chase, Walker and Long were from Harwich. The two Justices of the Peace were also sellers on the committee. The land sold to Doane was the western part of the Indian land. It was bounded on one side by Freeman's Way, and on another by land quit claimed by the sellers to Edward, Jonathan, and Thomas Kenrick of Harwich. 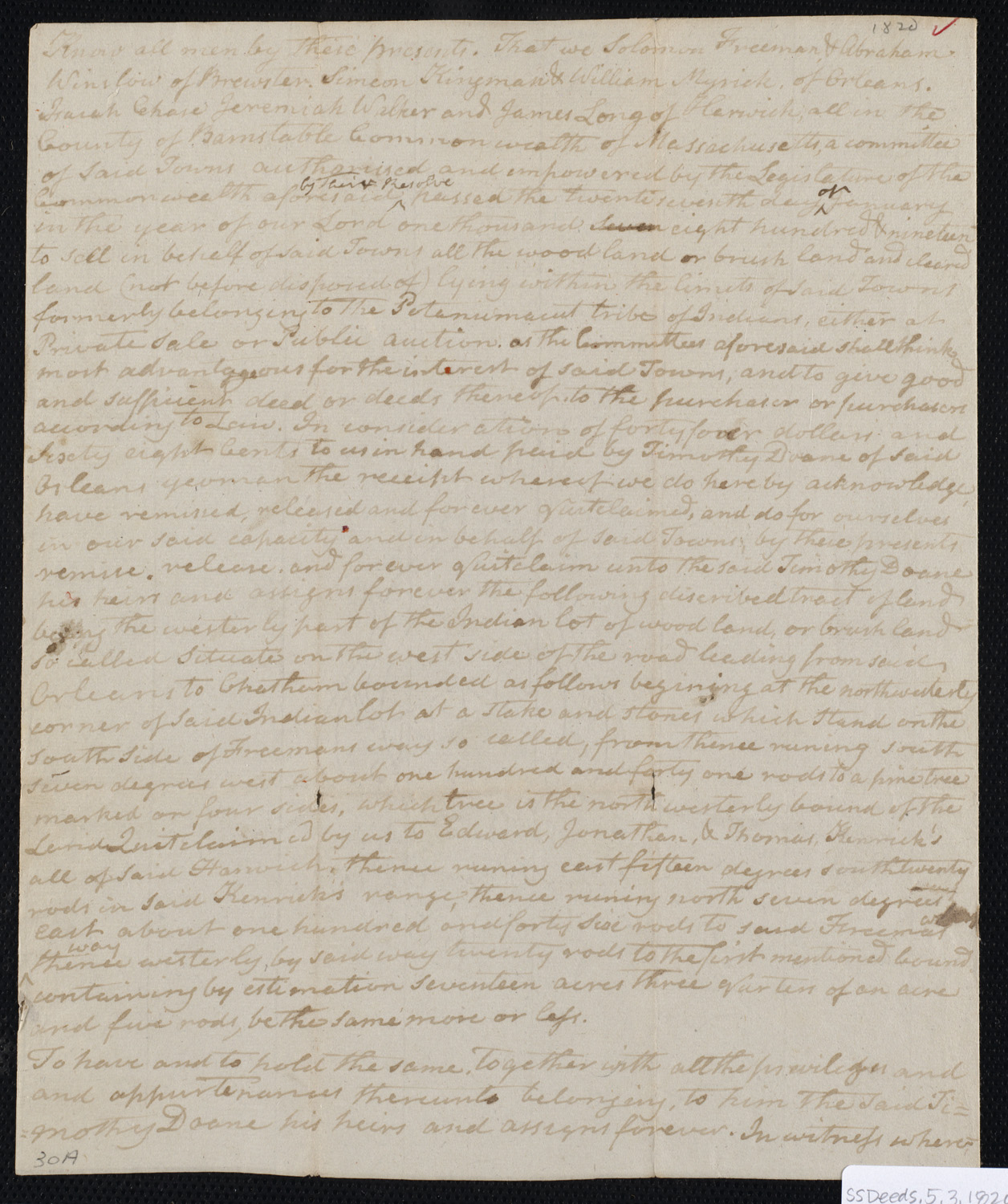 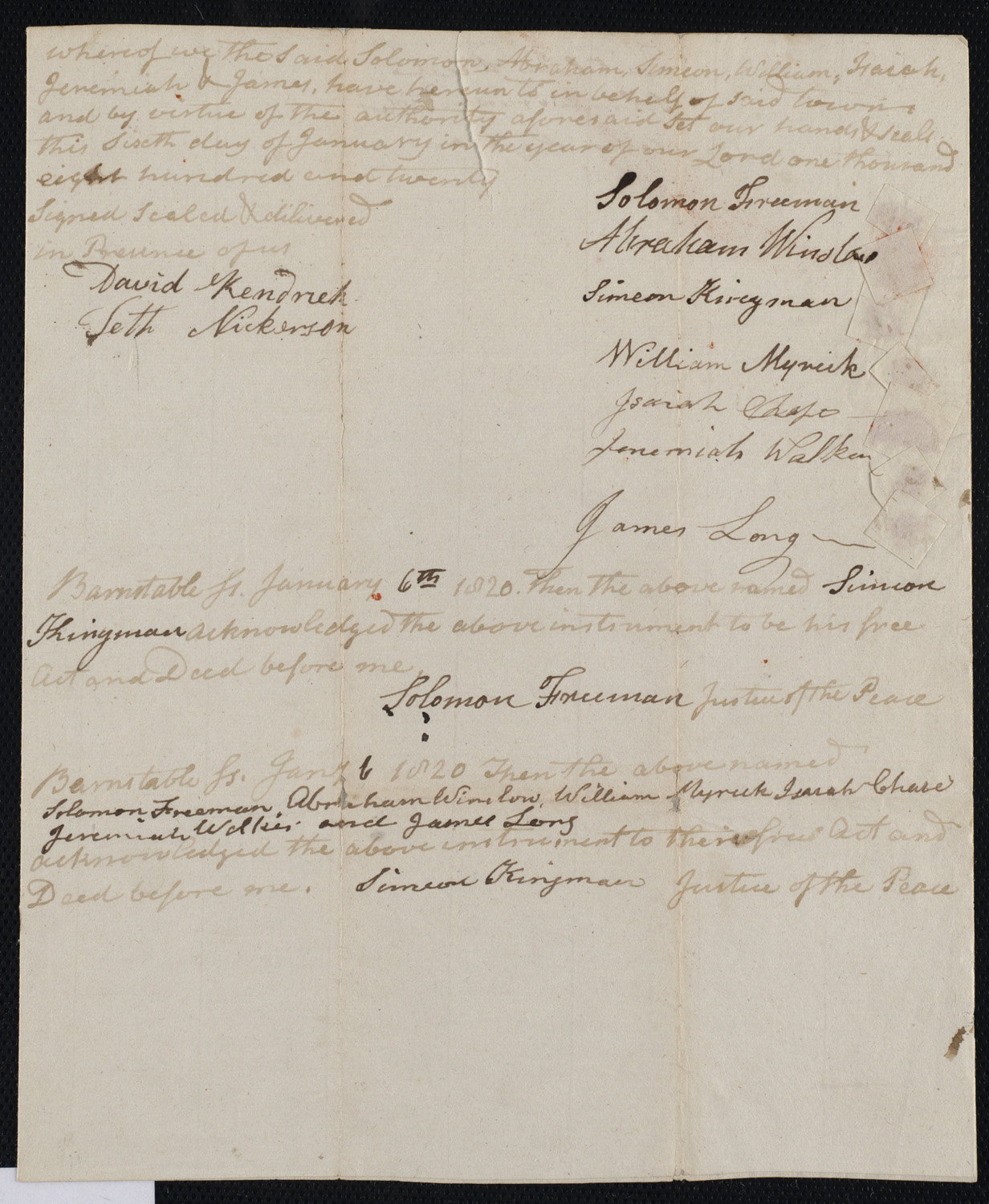