Justice of the PeaceKenrick, John

Hezekiah and Richard Rogers were yeomen. Joseph Rogers was a carpenter. The swamp they sold was west of Joseph Roger's dwelling house, and previously owned by their "honored father," Richard Rogers, deceased. The property was one half of the southwest corner of the swamp, held in partnership with the heirs of Joshua Rogers. The other half being divided in equal proportion. 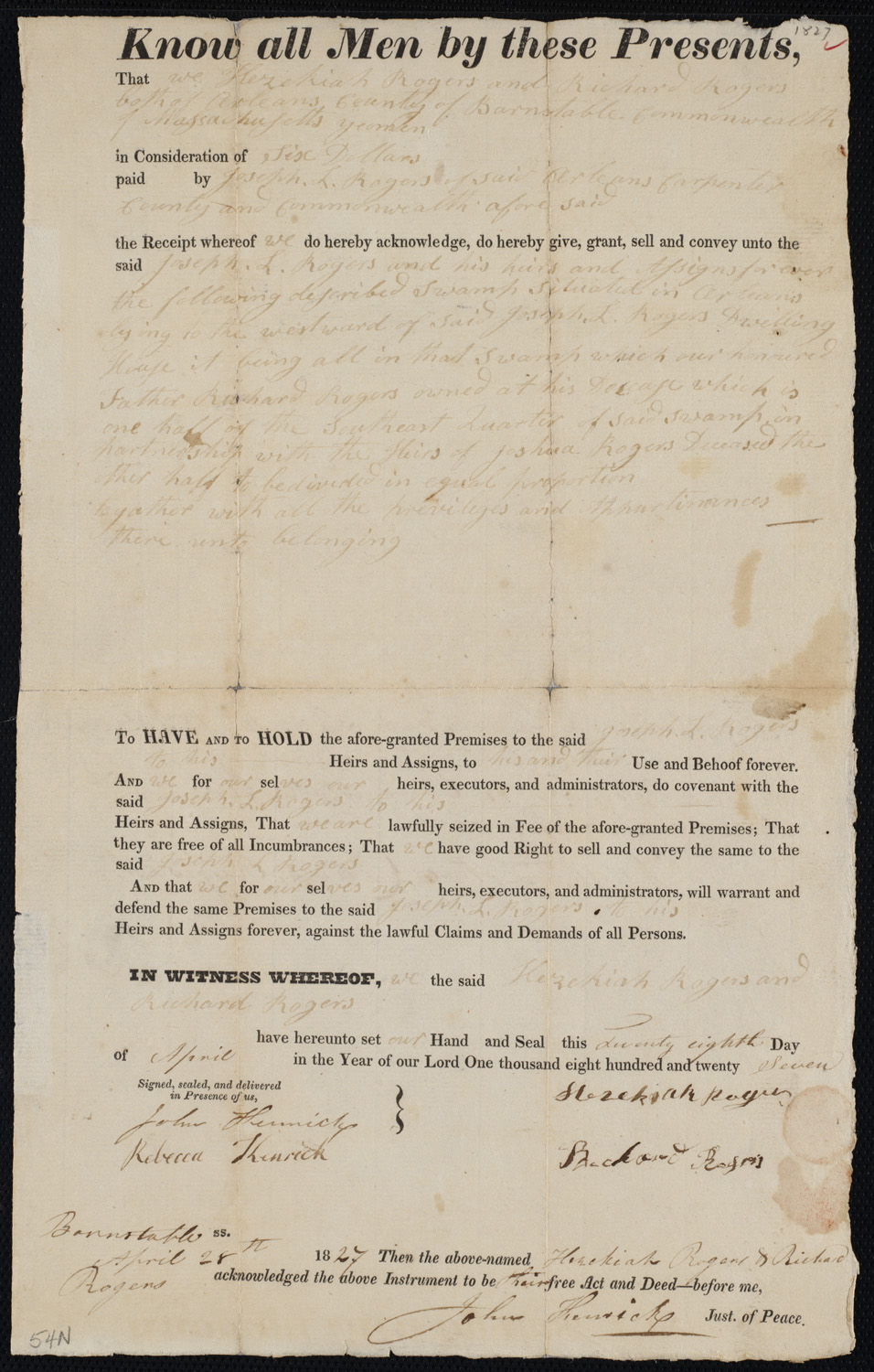 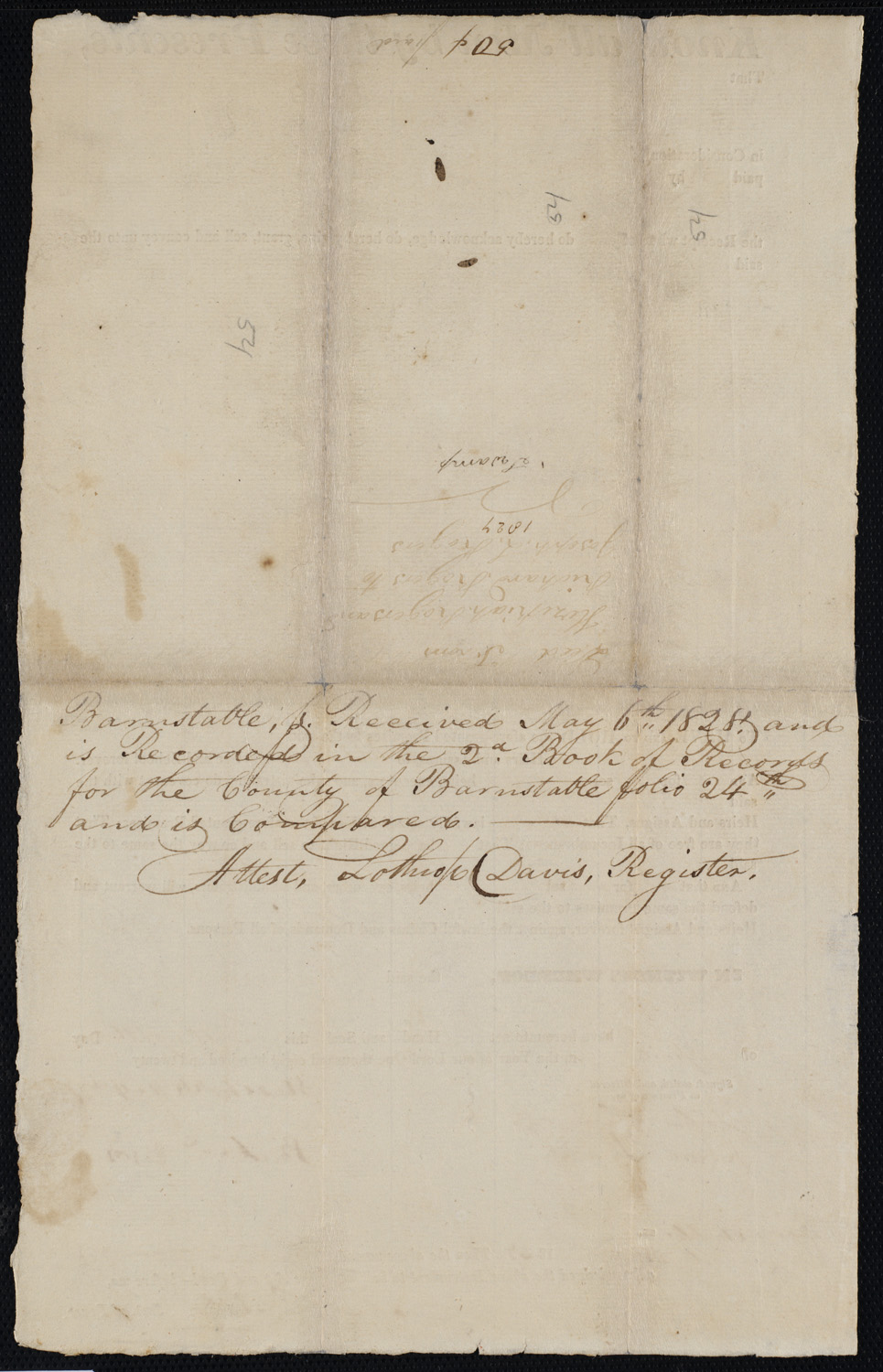 Book of Evidences of Land & Folio/PageBook 2, Folio 24 and is "compared."